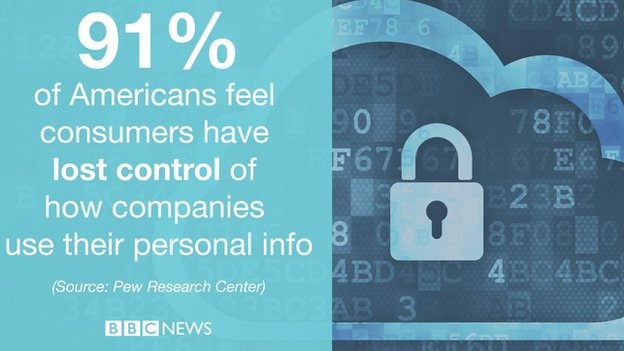 From the BBC Article on the Pew Research Privacy Report

The Pew Research Center released a study on how Americans feel about their privacy in a post-Snowden era.  Not surprisingly, the results show that 91% of Americans feel they don’t have control over how they data is used, and for good reason.  The information they are worried most about is consistent with other studies, where data which can be used to defraud or impersonate them have highest priority, followed by behavior information, with social and demographics at the lowest priority.

However what is interesting is the extremely high importance of health care information that the new study revealed, which as far as I can tell is not dangerous in terms of fraud or impersonation, but just … well …. private.  Similarly, inter-personal communications such as emails, calls and text are also considered highly private.  The increasing importance of the privacy of communication could very well be attributed to the events surrounding Snowden and the NSA.

How Individuals Prioritize Who They Feel is Responsible for Safeguarding their Privacy Across Different Countries and Continents. 1 means “Most Responsible” – Taken from a Lightspeed GMI Presentation at MRMW’14

But this only becomes really interesting when looking at the the Pew survey in context.  A recent study from Lightspeed GMI surveyed where individuals lay responsibility for preserving privacy: “who’s job is it to keep this stuff private?”  Germany, Mexico and India all put the mandate on the mobile providers and then government to regulate the use of private data and guard individual privacy.  In the US however, people believe it is their own job (followed by providers, marketing companies, and only then government) to keep their information private.  However, most people do not have the data they feel they are responsible for protecting, nor do they understand how analytics can get this information from seemingly unrelated data (some health information can be decoded from accelerometer data for example).